The perfect place for your holiday

The Périgord noir covers the central part of the Dordogne and Vézère valleys. This is the typical Dordogne country: deeply cut valleys bordered by rocks eroded by water. The landscape is extremely sweet and harmonious. The alluvial soil on the banks is used for agriculture, while at higher altitudes there are dense oak forests. Walnut plantations, flocks of long-necked grey geese and prehistoric-looking round stone huts are other characteristics of the Périgord noir. Not forgetting the countless excellently restored medieval castles, chateaux and villages.
In the valley of the Vézère, the overhanging rocks have been formed over thousands of years by water and frost. They are riddled with caves that have been used as shelters and sanctuaries since time immemorial. It was also here that the first skeleton of a Cro-Magnon man was found in 1868 during construction work on the Périgueux-Agen railway line. There is an incredible wealth of archaeological evidence of life in the Stone Age. Among the much-vaunted highlights of the Périgord noir are the prehistoric cave drawings and paintings. They are not only remarkable because of their age, but also because of the special skills that must have been required to create them.
The international reputation of the prehistoric sites combined with the carefully restored medieval town of Sarlat has led to this part of the Périgord being one of the most popular tourist areas in France. Last but not least, the National Prehistoric Museum in Les Eyzies is also a magnet for tourists from all over the world.

Le Bugue is a small market town on the Vézère, between Limeuil (where the Dordogne flows into the Vézère) and Les Eyzies.
The town is a hub for the surrounding municipalities, has shops, bars, restaurants, supermarkets, a train station and many tourist attractions within easy reach. With its long hot summers and mild winters
Le Bugue is the ideal starting point for your holidays in the Dordogne at any time of the year. 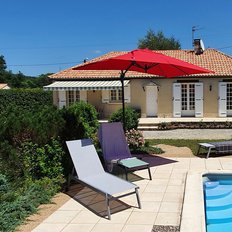 House on one level,
Living space 125 m²,
consists of 3 bedrooms, 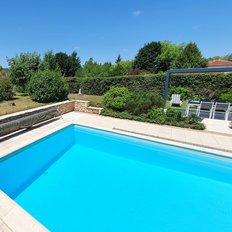 Boredom is impossible here, there is so much to see,

so much to do,

so much to taste,

to try and, and, and 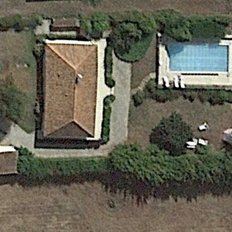 map sections,
Messages to us